I’ve seen some blogs and articles posted over the last few months that have referred to eBooks by Indie Authors as complete crap. Indie Author stigma is alive and well in the blogosphere and within the pages of The Huffington Compost. One blogger classified 98% of the eBooks written by Indie Authors as crap (her word, not mine). Can any of these opinions be true? Or are these negative purveyors just out for a “late-night-troll”?

In response to these naysayers, I’ve decided to offer myself a small challenge. Perhaps you may care to indulge in this experiment yourself.

Step1: Go into Twitter and start scrolling. Stop at the first eBook promo Tweet that has an Amazon link. Usually the Tweet is from the Indie-Author him/herself.

Step2: Follow the link and use the “Look Inside” feature.

Step 3: Jot down what you thought of preview.

Step 4: Go back to Twitter and keep scrolling until you find another eBook promo.

In the final analysis, I did not find 98% crap, nor would I say that Indie Authored eBooks are an insult to the written word. Yes, I saw some stylistic problems. I have learned much about editing in the past few years, and can zero things down to three basic errors or should I say non-refinements. They are 1) Echoing Headwords 2) Weak opening line and/or paragraph 3) Overusing forms of “to be.” However, some readers probably wouldn’t spot those problems. They purchased a bargain book and were entertained.

For those of us who have published a few items and have spent hundreds of hours in critique circles; we know crap when we see it. Perhaps I’m being too harsh and wonder if I should give some people the benefit of the doubt. May be their definition of “crap” differs from mine.

Here are a few examples of my criteria for assessing the quality of an eBook with an excrement expression.

The writing is unreadable and unintelligible. If I see an endless stream of poor grammar, spelling errors, punctuation errors, p.o.v. shifting, or incomplete sentences, then I’ll agree it is crap. I can name a few more sins, but I think you get the picture.

There is no difference between 1 inch and 2.54 centimeters. The difference is the markings on the ruler. It is my belief that the insulters and naysayers are driven by one of two possibilities. Either they are paid trolls acting upon the behest of publishers*, or they are “setting the bar too high.”

*I am by no means a conspiracy theorist. However, I am all too aware of the dirty campaigns waged by different factions of certain industries. For example, the war between Edison’s DC vs. Tesla’s AC in the court of public opinion comes to mind.

When I say “setting the bar too high,” I am not talking about giving everyone an award or a trophy for participating or a drastic lowering of standards. Rather, imagine a relay race between two teams of runners. Except, one team got food poisoning just 5 minutes before the race, and only one member of the sick team didn’t fall ill. Instead of quitting, the lone runner ran the whole race that was meant for five different athletes. And, he didn’t make it easy for the other team. He gave them a proverbial “run for their money.”

Even though he lost the race, is there any among you who wouldn’t give that runner a standing ovation?

Well, that’s the difference between an eBook from an Indie Author and Traditionally published book. Too often, an Indie Author is simply one person doing the work of many hands. Therefore, when I say “setting the bar too high,” I mean passing judgment while not appreciating the lopsided nature of the comparison.

Indie Authors should not attempt to produce an end product as good as a traditionally published book. We should strive to be better. 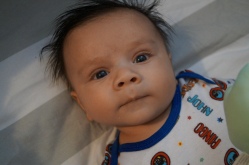