The Stork delivered our little bundle of joy at 4:30am. 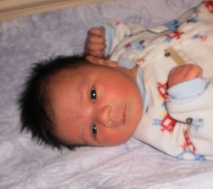 At first babies don’t do much at all. For the first three months little Frankie was an eating, sleeping, peeing, and pooping paperweight. Then the first change happened, he smiled on cue, and the baby babbling started.

We had many guests in our house early on. Ruth and I almost didn’t get a chance to hold him while Grandma Charlotte visited. Some chloroform, a blunt instrument, and a crowbar remedied the situation. 🙂 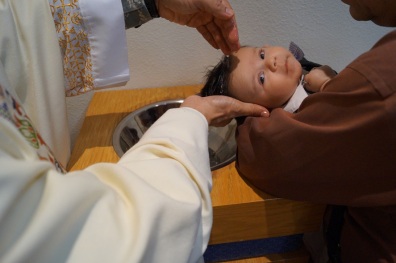 After his baptism, things really started changing. He’s now grabbing things, and his “talking” has progressed from a random sound to different sounds strung together like syllables. Also, he enjoys baths now. I think the first one was a traumatic experience.

Frankie has stopped getting frustrated by “Tummy Time”, and rolls himself over. Sometimes he can stand up too, provided that someone holds him steady for balance. I think his jumper has strengthened his legs. He used to be content to watch things move, now he must interact. 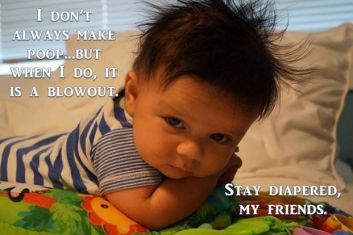 His neck is sturdy and loves sitting in his high-chair. We’re expecting the Doc to give us the green light for solid foods this month. As the chef of the house, I’ve purchased a Baby Bullet to make him some fresh food. I’ll let you know how that goes.

So far, little Frankie is growing like a proverbial weed. At six months, he’s wearing clothing meant for nine-month old babies. Rather than a chip off the old block, Frankie can best be described as a chunk off the old block, although his height and weight are proportioned. 🙂

Any other experienced parents want to chime in? What do you think of Little Frankie? 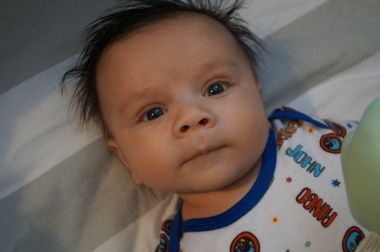